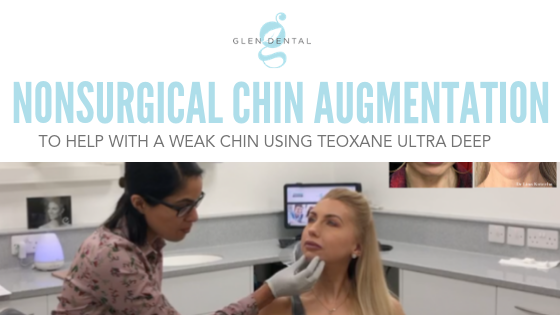 What is a weak chin or a receding chin?

The chin is the raised prominence of the mandibular bone, composing the lowermost part of the face; for this reason, it is one of the primary components that determine facial shape.

A weak chin is when the lower jaw bone is either less developed which makes your chin project slightly backward toward your neck (chin recession), or the position of the lower jaw (mandible) is actually set back compared to the upper jaw (maxilla). This then creates a chin and jawline that looks like it inclines inward toward the body. The technical/scientific name for a weak chin is called retrogenia.

A weak chin can be a result of age and become more pronounced with age. This is because gradual and progressive bone resorption results in decreased mandibular height and reduced chin projection. This may change the balance between the lower third and upper two-thirds of the face.

If the height and buttress of the jawbone is reduced, the surrounding soft tissues become prone to laxity and yield increasingly to gravity, which is especially noticeable on the front half of the jawline and on the neck (double chin).

A weak chin sometimes creates an unfavourable and unbalanced facial appearance. Generally, this is a cosmetic concern and should not affect the function of eating or speech.

What is chin augmentation?

Chin augmentation can be used to enhance the contours, shape and balance of the face by increasing the projection of the chin and strengthening the jawline. This is can provide symmetry to the face and create a balanced rejuvenation of the face.

Chin augmentation can be:

Chin implants can use the patient’s own bone, donated bone or silicone implants.

Chin implants can be inserted either through the mouth or from below the chin. Both are reasonable options. Obviously, the main advantage of the intra-oral route is that it does not result in visible scarring. Placing a chin implant maybe done with general anaesthetic or local anaesthetic. This type of surgery is best for mild to moderate cases of receding chin. There is little to no scarring involved. However, there is a risk of nerve damage and infection. Another complication could be that people may also be allergic to the implants, which can cause negative reactions.

Obviously, having a surgical chin augmentation carries the same risks as that of other surgeries such as long recovery times, risk of infection, increased risk of bruising and time off work.

A non-surgical chin augmentation using the dermal fillers is a relatively safe technique that requires no anaesthesia, stitches or scars. The treatment can take anything from 15 to 25 minutes and involves very little pain, redness or downtime. Most patients go back to work the next day. 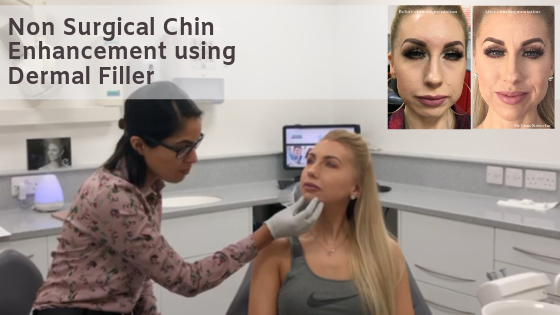 Well proportioned jaw lines and chins are considered a thing of beauty, i.e., chin augmentation is the key to a perfect jawline. Take Angelina Jolie for example, she is known for a strong jawline/chin and has a near-perfect profile. Other celebrities whose jawlines are to die for include Halle Berry followed by Keira Knightley and Jennifer Lopez.

In terms of volume, the lower third of the face is prone to age-related accumulation of fat due to the skin losing its elasticity and slipping of the fat pads that lie below the skin.

“The lower third of the face and the underside of the chin tend to be a bone of contention for most of my mature clients. This area, due to gravity and genetics, tends to fall faster than other parts of the face,”

Jowls (the unsightly result of sagging skin), weak sagging chins or double chins can be alleviated by strategically adding volume. A dermal filler with a high G Prime such as Teoxane Ultra Deep can help contour the jawline and chin and create a more chiselled, youthful look if performed correctly. Small chins can also be made to look more contoured and larger with dermal fillers.  The treatment takes about 30 minutes and the after leaving the surgery, no downtime is necessary, and you can get back to normal routine almost immediately. The results of chin augmentation usually last between 12-18 months. 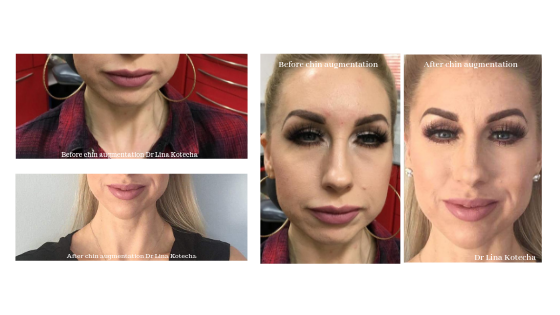 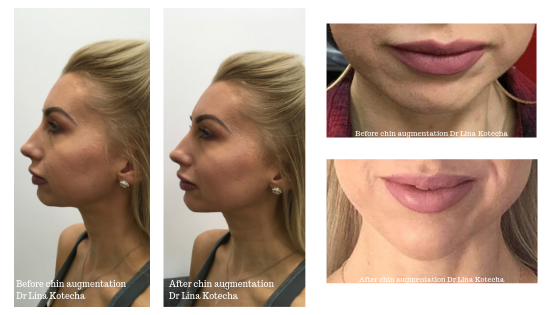 Do you feel you want to lose your double chin and get a perfect jawline? Do you think you need surgery to correct it?

If you feel that your jaw line is asymmetrical, lacks definition, or has begun to sag due to ageing or weight loss, you may want to consider this treatment. Enhancing the jaw line with dermal filler injections can give you a more youthful appearance by filling in loose skin. By smoothing the contours of the jaw, it increases the definition of this area. Jaw enhancement can also decrease the appearance of jowls or hanging folds of fat and skin drooping beneath the jaw line.

The entire procedure of a non-surgical including consultation and assessment takes about 60 minutes. After the procedure, patients can leave the surgery immediately and return to their normal daily activities. There are no bandages required, and no downtime/rest is needed. Patients do need to be careful and avoid rubbing or touching their chin and jaw for several days, and sleep with their head and neck slightly elevated.   The results of chin and jaw enhancement treatments usually last between 12 and 18 months. So, the question that arises is to correct your small or weak chin – do you have surgery which necessitates a lot of downtime or do you choose a non-surgical chin augmentation with minimal down time with the same great results?

Principal dentist at Glen Dental - Leicester
Dr. Lina Kotecha qualified as a dentist in 2000 and developed a special interest in facial aesthetics, undertaking a host of further qualifications in dermal fillers, thread lifts. She prides herself on her extensive qualifications and training achievements. She keeps abreast of all the latest techniques in facial aesthetics by attending regular meetings, conferences and training. In 2016, she completed the Masterclass in Facial Aesthetics run by the Faculty of General Dental Practitioners, which she passed with a distinction

*Results may vary and are different for each individual. As such, Glen Dental cannot guarantee specific results.